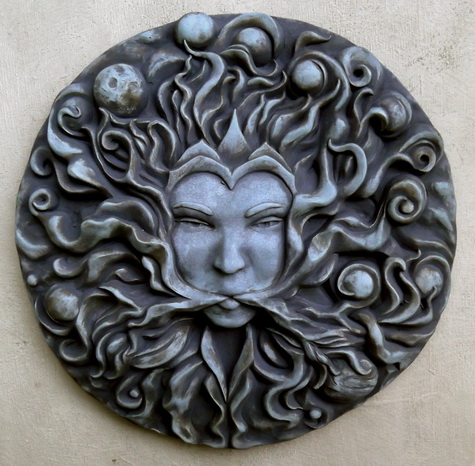 According to ancient Sumerian texts of the 8th century bce. the goddess Ninhursag created the cosmos and the planets with her “breath of life”, and then created human beings by taking lumps of clay and animating them with her menstrual blood; they were called Adamah  (literally – bloody clay). The warlike, patriarchal Babylonians disapproved of a creator goddess and when they rose to power during the 6th century bce. they changed the legend. The Semetic people later adopted the revised myth and included it in the book of Genesis… and the first man was called Adam.